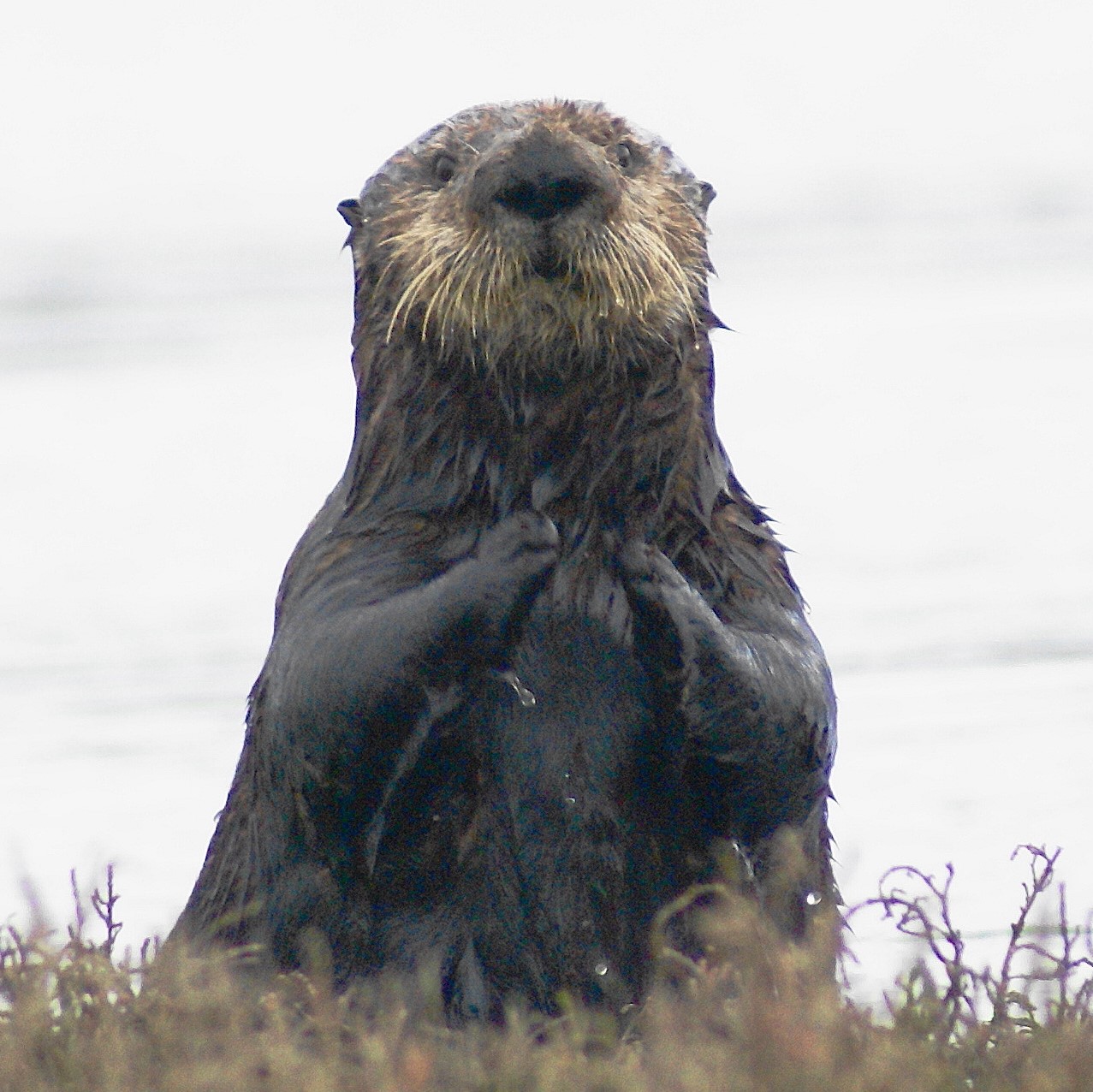 Sea otters have made a comeback in two estuaries, Morro Bay and Elkhorn Slough. This recovery led researchers to wonder how including estuaries in conservation plans could affect the marine mammals. A new study concludes that California could more than triple its population of 3,000 southern sea otters to nearly 10,000, by repopulating the San Francisco Bay — the largest estuary on the coast.

Read more about the repopulation of otters 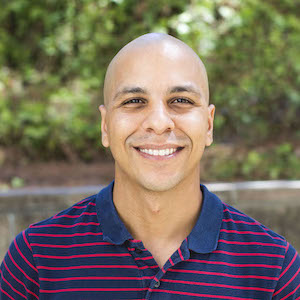 A more diverse faculty improves the education of all students, according to multiple studies, yet faculty of color face greater challenges than their white colleagues. With a $2.7 million grant from the National Science Foundation, Cal Poly education professor Daniel Almeida aims to increase the retention of faculty of color across the California State University (CSU) system. 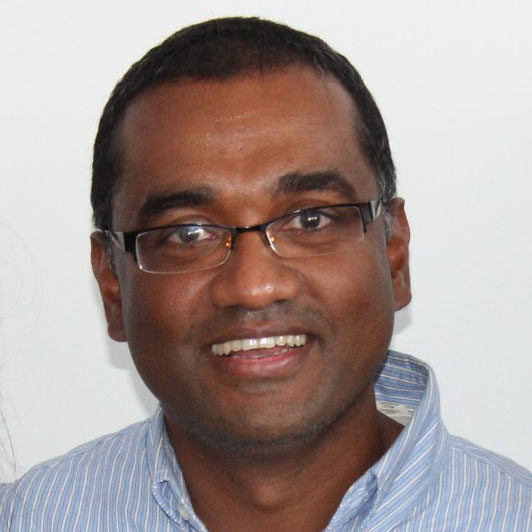 Biological Sciences Professor Nishanta Rajakaruna will travel to North-West University (NWU) in South Africa this spring as part of a prestigious honorary appointment by the university’s School of Biological Sciences. 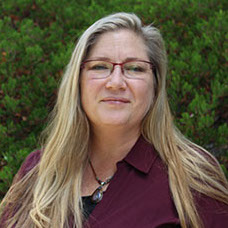 The Central Coast Aquarium (CCA) recognized Biological Science professor Nikki Adams with the 2019 Ocean Stewardship Award. The annual award recognizes an individual who has made a positive and lasting impact on marine science in San Luis Obispo County in the areas of research, conservation, volunteerism or philanthropy.

Breaking Ground on the Future of Undergraduate Research 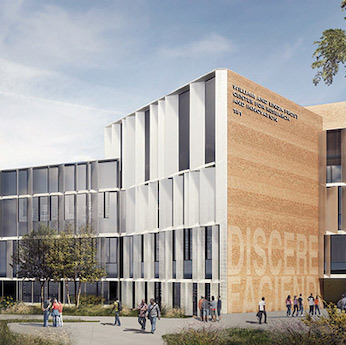 On May 3, Cal Poly broke ground on what will be one of the centerpiece facilities on campus: the William and Linda Frost Center for Research and Innovation. In this four-story, 102,000-square-foot complex, students and faculty will work side-by-side to discover answers to real-world questions.

Read more about the new building 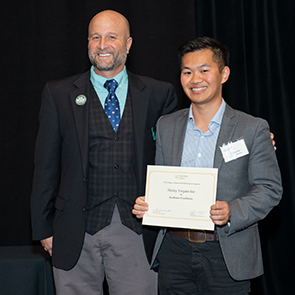 This year's graduating seniors and master's students boast a wide range of accomplishments. Some maintained perfect 4.0 GPAs while others raised money for the local homeless shelter. 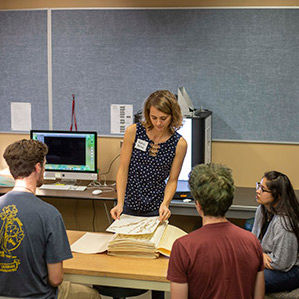 Read more about the digitization effort 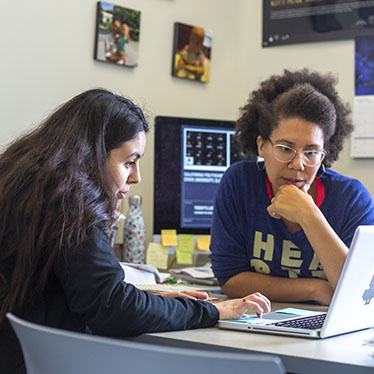 Physics major Priscilla Holguin West translated her passion for astronomy into a Chambliss Astronomy Achievement Student Award at the national American Astronomical Society meeting this year. The awards recognize exemplary research by undergraduate and graduate students who present a poster at the meeting.

Read more about the recognition of Priscilla Holguin West 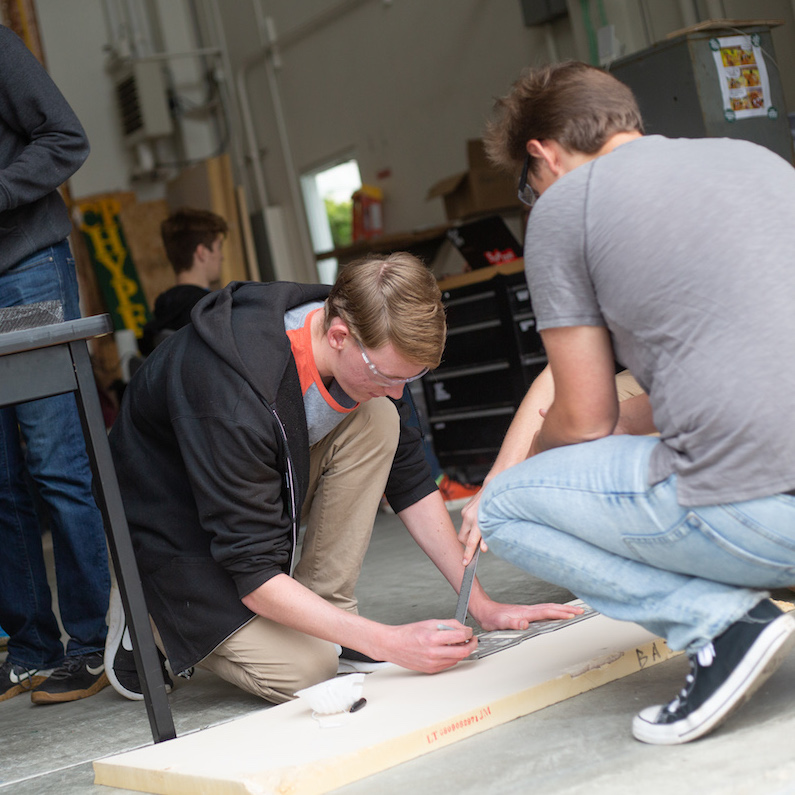 A team of around 80 engineering and physics students is the only first-year team ever to make it through the preliminary design round in SpaceX's annual Hyperloop Pod Competition. Cal Poly’s team is one of 22 finalists selected from more than 700 entries worldwide, a remarkable accomplishment for a group that formed less than a year ago.

Read more about the SpaceX competition 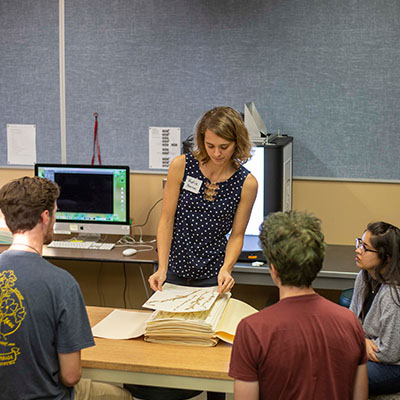 The herbarium contains information crucial to assessing the impact of climate change on California’s plants, as do similar collections around the state. To move the data out of herbarium cabinets and make it accessible to researchers and citizen scientists alike, biology Professor Jenn Yost is leading a statewide effort to digitize images and life-cycle history of the Golden State’s flowers. 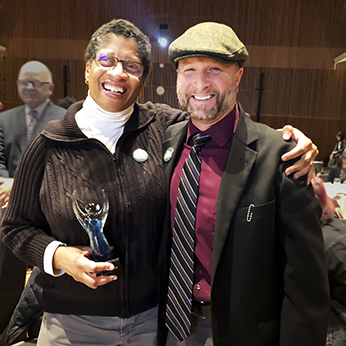 An associate dean in Cal Poly’s College of Science and Mathematics, recognized as a staunch advocate of inclusion and equity efforts for underrepresented students, is the inaugural recipient of the campus MLK Legacy Award.

Professor Marilyn Tseng and Cal Poly students will investigate the relationship between the health of immigrants and their new environment in Philadelphia. Tseng chose to dive deeper into how group isolation affects physical health.

Chemistry professor Matt Zoerb, set up two air stations in San Luis Obispo that each picked up evidence of materials that burned in fires hundreds of miles away.

Read more about the effects of wildfires on air quality

Physics Professor Themis Mastoridis and his student research team will play a key role in the coming upgrade of the world’s largest particle collider, the Large Hadron Collider (LHC).

Read more about Mastoridis and his research team 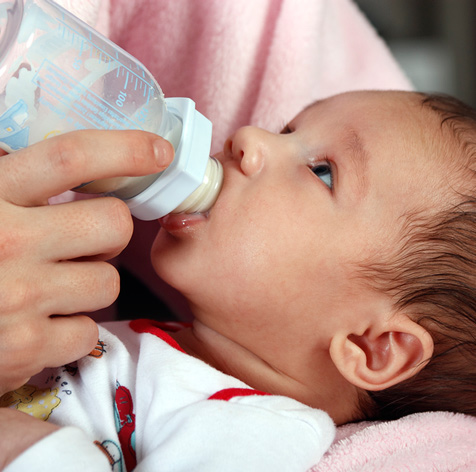 Cal Poly professor Alison Ventura and her students are working to decode the unspoken mysteries between a mother and her baby.

Read more on the effects maternal interactions have on babies

Faculty and Staff are Distinguished and Outstanding 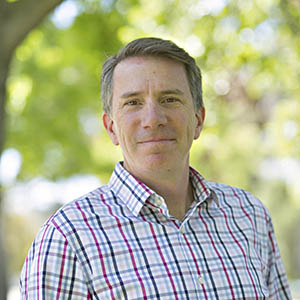 Faculty and staff in the College of Science and Mathematics are acknowledged for the great work in their respective fields and for the impact they have had on their student's lives.

Read more about the achievements of Cal Poly faculty and staff 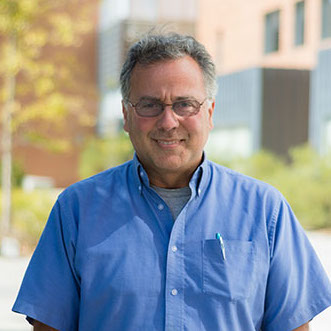 The 2017-18 awards fund campus projects that will lead to a more robust and diverse talent pipeline of K-12 science and math teachers — with a focus on recruiting candidates from underrepresented communities.

Preparing Tomorrow’s Teachers to Inspire the Next Generation Today 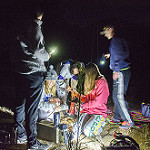 Physics and liberal studies Professor David Mitchell led a team of aspiring educators on a journey to develop a curriculum designed to inspire young students to be curious about our galaxy.

Read more about the research into Morro Bay's eelgrass beds 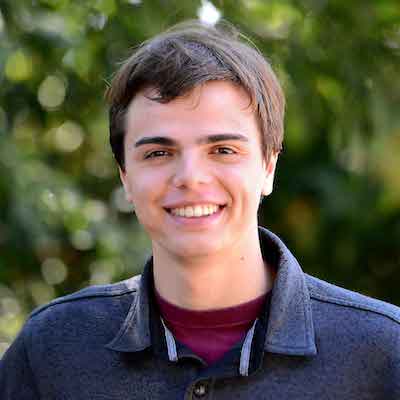 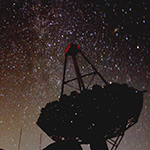 For the first time, scientists have located the source of a high-energy neutrino from another galaxy. Cal Poly professors Jodi Christiansen and Stephanie Wissel explain the significance of this discovery. 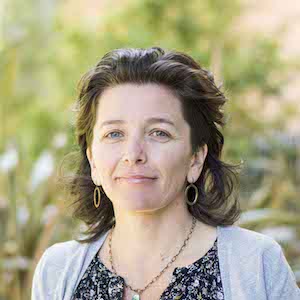 Marlow's technique is based on measuring the complex electrical sensitivity of carbon nanotube networks. A carbon nanotube is a tube-shaped carbon crystal structure with a diameter about 10,000 times smaller than a human hair and unique electrical properties. 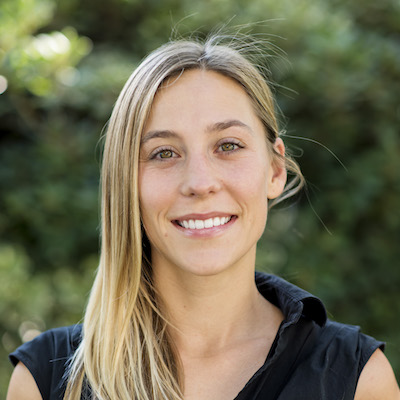 Cal Poly is one of 53 universities nationwide to receive the Campus Program grant through the federal justice department’s Office on Violence Against Women. 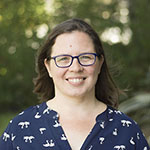 Physics Professor Stephanie Wissel received the National Science Foundation’s most prestigious award for new faculty, the Faculty Early Career Development Program, or CAREER, Award. Only five other Cal Poly faculty members have ever received a CAREER Award, and only 450 are given each year.

Read more about how this award supports Wissel’s research with a grant of nearly $670,000 over five years 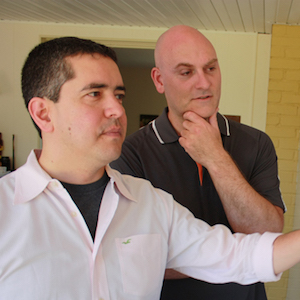 Project Jupyter may be the best-kept secret on the Cal Poly campus, but it’s well-known at companies such as Microsoft, Google, and IBM. These tech giants have created entire commercial data science and AI platforms based on the open-source software project.

Biology professor and author Matt Ritter is on a mission to “get people stoked on plants.”

A team of universities that includes Cal Poly has developed a new analytical model that could lead to more environmentally sustainable ocean usage and management.

Read more about this sustainable model

Interdisciplinary Teams Bring Power of the Sun in a Suitcase

An interdisciplinary team of Cal Poly students brought the power of the sun in a suitcase to a local elementary and high school. The school children learned about the impact of solar energy by building a small solar-powered system - and then figuring out how to improve it.

Read more about this interdisciplinary team

Read more about the professor who won a CSU Award

People around the world strongly support ocean conservation measures, according to a new study of public perceptions of marine threats and protection. The study, which was published in the journal Ocean and Coastal Management, provides a rare comparison of how the public views marine threats by human activity and protection efforts around the globe.

Read more about this support for Ocean Protection

Birds exposed to the persistent noise of natural gas compressors show symptoms remarkably similar to those in humans suffering from post-traumatic stress disorder, according to new research from Cal Poly and two partner schools.

Read more about this collaborative study

Go to the News & Events Archives