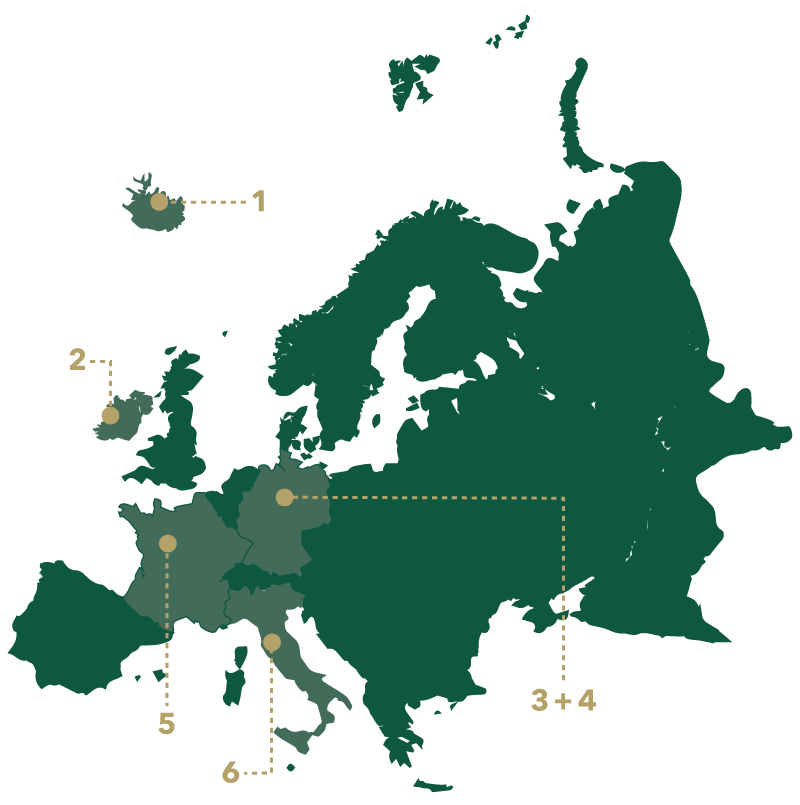 Mechanical engineering student Edwin Rainville traveled to Iceland to study the processes that control the distribution and transport of heat on Earth. After learning about ocean sampling and data analysis with physics Professor Ryan Walter, Rainville spent a month and a half at sea off the coast of Greenland applying those skills and working with an international team of scientists.

In summer 2019, a new study abroad program will take liberal studies students to Ireland where they’ll learn about ancient Irish stories while visiting the locations where the stories took place.

4. SPEAKING AND STUDYING in GERMAN

While studying German language and cinema in Lüneburg, Germany, biochemistry major Leandre Ravatt remained actively connected to her undergraduate research. She presented a poster at the Synthetic Biology UK Conference in Bristol, England, and attended the Industrial Synthetic Biology Congress in Munich, Germany.

Following a quarter of research at the Max Planck Institute for Astronomy in Heidelberg, Germany, physics Professor Vardha Bennert presented a talk at a conference on massive black holes in Paris. Bennert’s research focuses on the relationship between supermassive black holes and their host galaxies.

6. TESTING THE LAWS OF PHYSICS in ITALY

Thanks to a National Science Foundation grant, physics student Aidan McGuckin spent the summer at Italy’s Laboratori Nazionali del Gran Sasso working with an international team of scientists — including physics Professor Tom Gutierrez — who are searching for a type of nuclear decay that would help explain why the universe is made mostly of matter instead of antimatter.