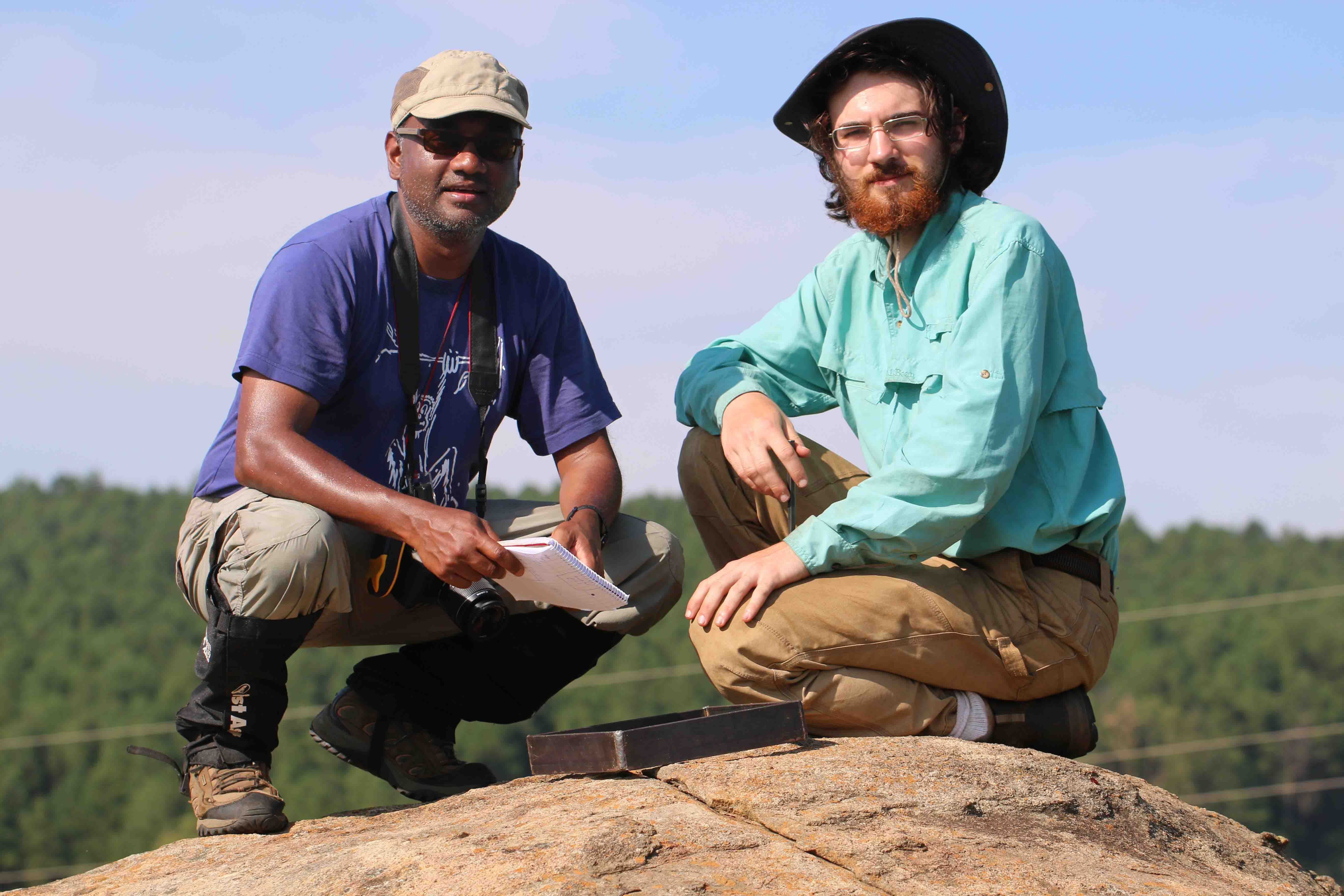 Nishi Rajakaruna (left) and Ian Medeiros collect lichen specimens on an outcropping of the rock serpentinite during an expedition in eastern South Africa.

An international team of scientists has discovered a new to science genus of lichen in South Africa. It’s the first lichen genus discovered in the country in 30 years.

Burrowsia cataractae was found during a National Geographic Society expedition led by Cal Poly biology Professor Nishi Rajakaruna in Mpumalanga, a province in eastern South Africa. A new genus is a new branch on the tree of life that had been unknown to scientists. Though new genera are discovered in other parts of the world more often, lichens in South Africa remain relatively unexplored.

The research team set out to study lichens that grow on California’s state rock, serpentinite, a greenish, metamorphic rock found all over the world. Scientists collected thousands of specimens to see how lichens growing on serpentinite differ from those growing on neighboring rocks.

“The South African expedition was the first effort to explore how substrate type and climate influence lichen diversity in that country,” Rajakaruna said.

The new genus was found growing on quartzite. The team has also identified a new species, Scoliciosporum fabisporum, that was growing on serpentinite.

Serpentinites hold extremely high concentrations of heavy metals, such as nickel. This creates a toxic environment for most plant life, and species that grow on these rocks must be highly specialized to survive.

The South Africa expedition is part of a larger study looking at the influence of serpentinite geology on lichen diversity all over the world, with ongoing studies in Russia, Mediterranean Europe, and Sri Lanka. Most of the specimens from South Africa have not yet been identified, and researchers expect that many of them will be species not yet cataloged by science.

"During our survey we collected many specimens that we could not name, so additional new species, and even genera, are forthcoming,” Rajakaruna said.

The South African exploration will continue, and Cal Poly undergraduates may well play an important role.

"In my capacity as recently promoted research professor at North-West University, I hope to take Cal Poly students to South Africa in 2022 to continue our research on plant and lichen ecology on the biodiverse serpentinites of South Africa," Rajakaruna said.

Read the full study, Burrowsia, a new genus of lichenized fungi (Caliciaceae), plus the new species B. cataractae and Scoliciosporum fabisporum, from Mpumalanga, South Africa, published in South African Journal of Botany.