In recent decades, Caribbean reefs have become increasingly dominated by algae. Parrotfishes are important herbivores on coral reefs that feed upon algae, yet some species also occasionally feed upon live coral – a behavior scientists call corallivory. Researchers believe parrotfishes are likely to have a net positive impact on reefs for the majority of corals, yet they may have negative impacts on frequently targeted coral species.

A new Cal Poly study reveals that the size of scars parrotfishes cause on corals may determine how likely corals are to heal.

Little is known about the healing rates of Caribbean corals from parrotfish predation scars. Understanding the capacity of corals to heal and the factors that influence recovery rates will help scientists and managers better understand whether corals are likely to lose tissue after predation or recover.

A Cal Poly research team monitored the healing of the Great Boulder Star Coral, Orbicella annularis, from parrotfish predation scars. Orbicella annularis is an important reef-building coral and an endangered species – it is also one of the most heavily grazed coral species by parrotfishes in the Caribbean. To better understand the recovery of this coral from predation, they tracked over 400 bite scars on the islands of St. Croix and Bonaire for up to two months. 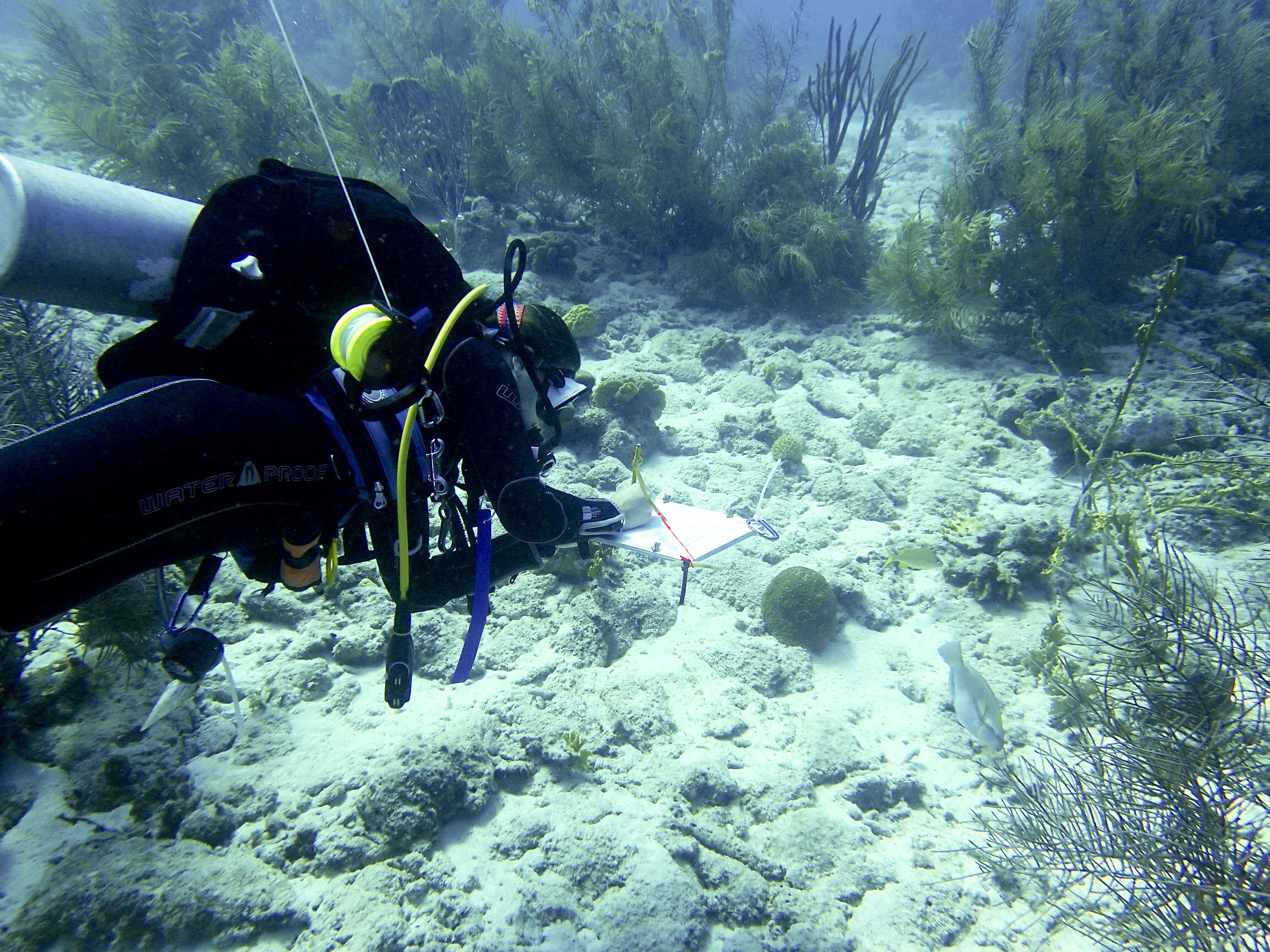 “Overall, our findings suggest that the immediate negative impacts of parrotfish predation on coral tissue loss for this species seem to be driven by a few exceptionally large predation scars,” said Rempel.

This work represents a major step forward in the understanding of how parrotfish feeding can directly impact corals. It provides the first evidence that corals are able to recover from the vast majority of parrotfish predation scars and will allow scientists to estimate the net impact of parrotfish foraging.
The team is working on the next steps, which include estimating how shifts in coral cover and parrotfish abundance may influence the intensity of parrotfish corallivory across three regions of the Caribbean in a collaborative study with researchers from UC Santa Barbara, also led by Rempel.
“Ultimately, we hope that this work will help researchers and policymakers better understand the complex role of these fishes for coral reef resilience and conservation,” Rempel said.