Holiday Greetings! With the New Year Around The Corner, CSM Student Leading the Rose Float Team 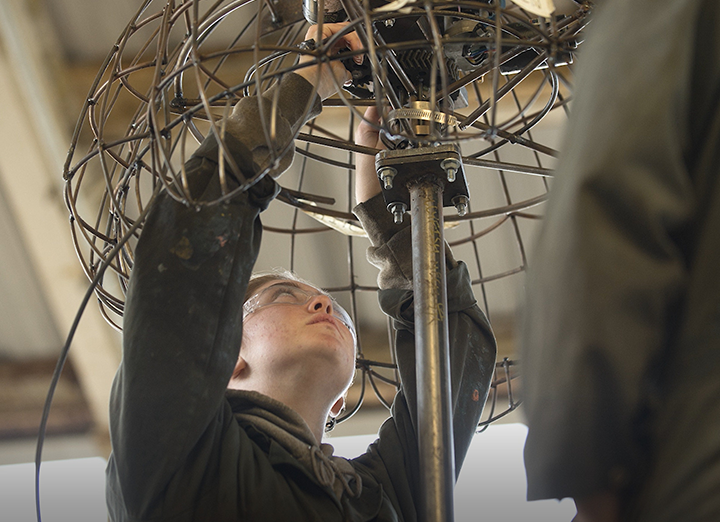 Since 1949, Cal Poly students have participated in the Rose Float Parade by designing and constructing a parade float along with students from the Cal Poly Pomona campus.

Among this year’s highlights of the quintessential Learn by Doing project is the leadership of College of Science and Mathematics student Annie Doody — who was named Cal Poly’s Rose Float team president, the top student director position for the San Luis Obispo campus.

Doody — a fourth-year biological sciences student focusing on marine science — has participated on the Cal Poly Rose Float team for four straight years. She grew up in Glendale, located about 20 minutes from Pasadena where the iconic Rose Parade is held traditionally on New Year's Day, though the upcoming event will take place on Monday, Jan. 2 because New Year's Day in 2023 falls on a Sunday. The Cal Poly float will be third in the order of procession in the Jan. 2 parade. 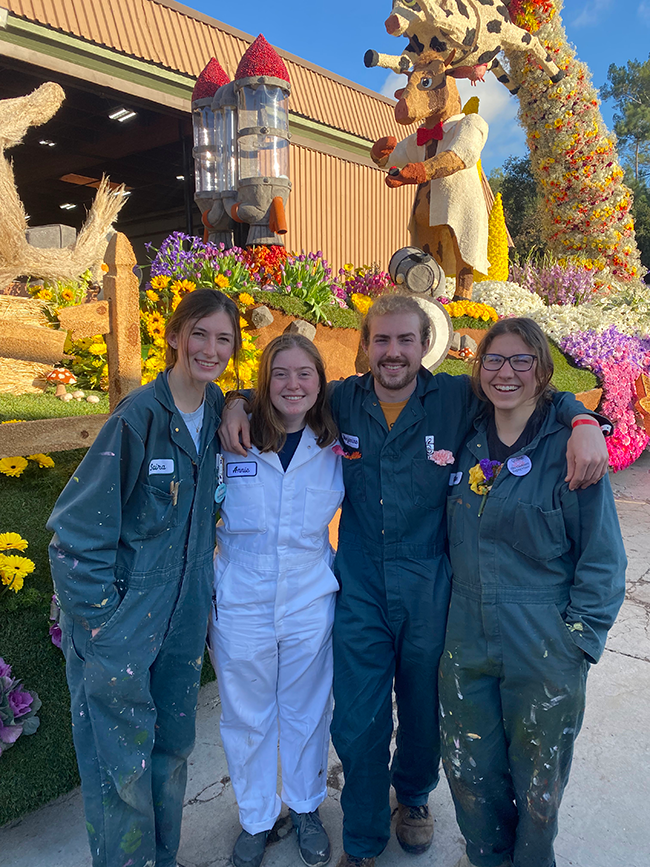 “I was actually born in Pasadena,” Doody said. “For Deco Week, we’re right next to the Rose Bowl. My family’s house is 20 minutes away. I could swing by there and see my dog, but there’s never enough time to do that during the preparations.”

Decoration Week or “Deco Week” is a flurry of activity when any last float adjustments are made and thousands of decorative flowers are added in the final days of December leading up to the event.

“Deco Week is the busiest, most stressful, most amazing and most fun week of my life,” Doody said. “You have this beautiful float and you’re a little sleep deprived at the end, but a really cool float makes up for it.”

The theme depicts snails, mushrooms, and a forest floor with fungi, moss and lichen converting a fallen branch into nutrients. This year’s float will have about 3,500 chrysanthemums on the snail shell design alone.

“The idea is change coming from an unexpected place and new growth,” Doody said. “I think in some ways, Cal Poly can be seen as a little bit of the underdog in the parade. We are the only float built by students.”

Doody added: “A lot of our team is new and had never designed a float from start to finish, and from that unknown came the growth and transformation.”

Amid the buildup, Doody and her volunteers have spent many hours preparing the float. And for the past couple of months, they’ve commuted every weekend to Pomona, about 230 miles away, to collaborate with their student partners from the sister campus.

“We spend so much time together in cars, it brings you together so close with your team,” Doody said. “I’m very lucky to call my float team my friends. They’re fantastic people.” 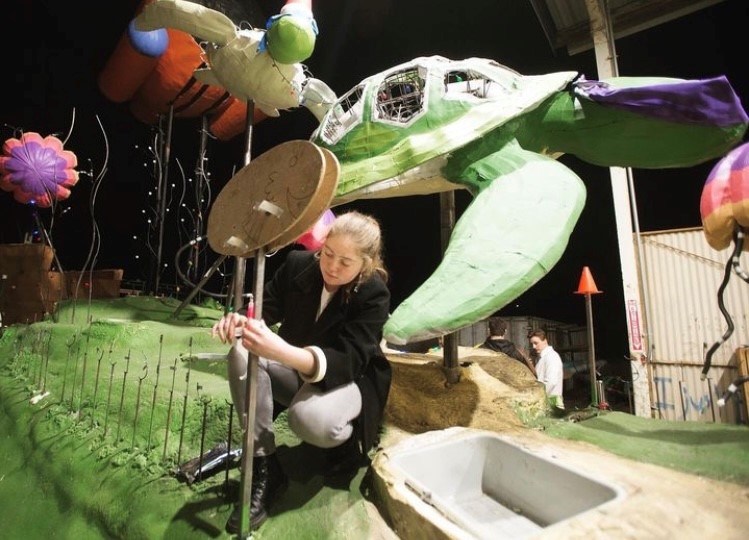 Doody, who first enrolled at Cal Poly as a theater major, is proud to be representing the College of Science and Mathematics and draws comparisons between the scientific process and float design.

“So much of this posing a question and a hypothesis, testing an idea and then determining what works,” Doody said.

Doody has been responsible for managing design and planning, making sure electronics are functioning as they should and guiding a team. In past years, she has worked on the electronics and animation team and learned skills she had no prior knowledge about.

“It’s not terribly common for a woman to be an operator, which I did last year,” Doody said. “So that was kind of a big deal for me, and I was really excited to do it. And, of course, we won the Animation Award.”

“She cares so much about it,” said Mapes, a fourth-year industrial engineering and packaging major from San Jose. “She puts a lot of work towards it and wants to make sure that we’re doing all right. And our float is successful when it goes down Colorado Boulevard.”

Doody describes her last year on the project as “bittersweet but knowing we’re going out with a bang.”

“I definitely like I have to be in the moment because I won’t be here next year,” Doody said. “It’s very exciting to see all this stuff happening around you, and this time around on, I’ll just have to stop and appreciate it.”

Let’s join their Cal Poly and CSM community to celebrate Doody, the Rose Float Team, and the power of Learn by Doing by watching them on Jan. 2.

For more information on how to watch the Rose Parade on television on Monday, Jan. 2, go to: tournamentofroses.com/broadcast-partners.