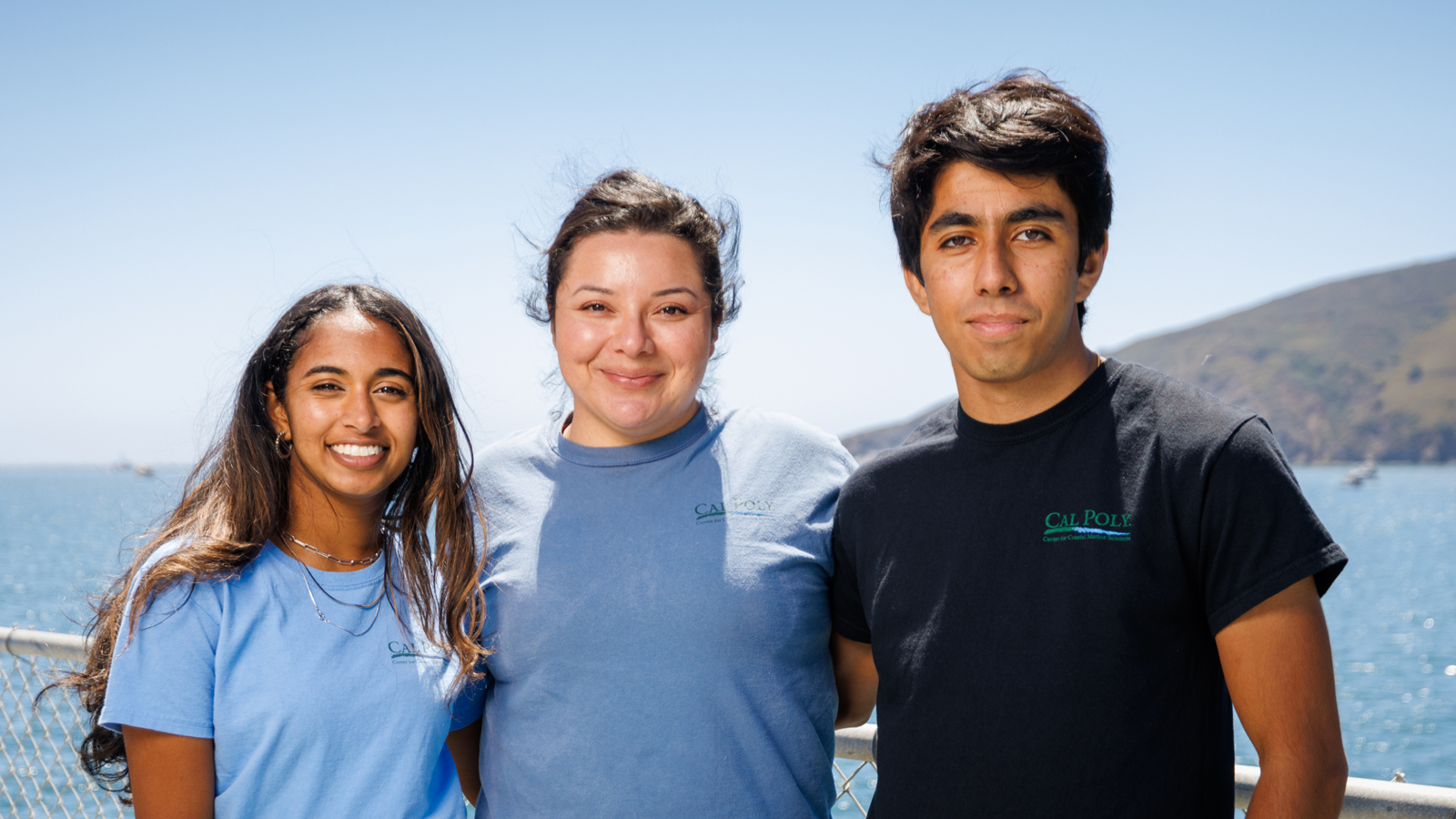 Five separate groups of Tulare County high school students visited the Cal Poly Pier this spring — some viewing the ocean for the first time in their lives. Taking place in April and May, ninth grade Lindsay High School biology students had the chance to explore Avila Beach, and actively learn about marine life at the Cal Poly Pier and tour the Cal Poly campus through one-day field trip excursions.

Lindsay is a rural, agricultural community located near Visalia. Many students are from farmworker families and Spanish is the primary language at home. 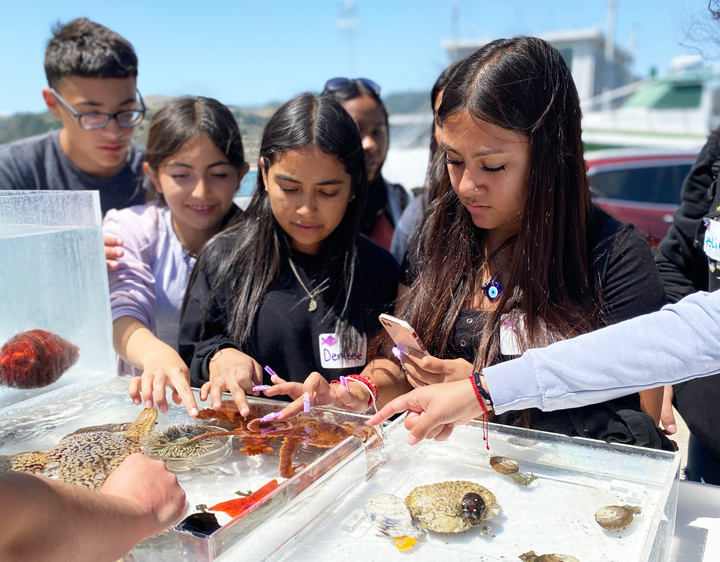 “The field trips were very successful,” said Nikki Adams, a Cal Poly biological science professor and program manager for Lindsay outreach. “I get the very clear message from (Lindsay High) that they want us to continue doing this.”

“Our Cal Poly students learn how to interact with the public in an engaging way,” Adams said. “We did a lot training to make this fun and relatable.”

At one station, facilitators demonstrated the approximate height from which seagulls drop clam shells while flying in the air to crack the hard surfaces, releasing their food source.

At another station, they observed how barnacles attach to pier pilings and how they can affix to whales (no live whales happened to swim by, though fingers were crossed).

Rocha Jayansinha and Castillo used their bilingual skills to communicate in Spanish as needed with students or parents, some of whom they met with in advance.

“I was guided to my career by outreach programs and being able to explore different fields within biology at Cal Poly,” Castillo said. “I think this is the perfect project for that.”

Castillo, a biology graduate student in the freshwater animal behavior laboratory, said she visited Lindsay in advance to answer any questions and alleviate any parent concerns.

“As a first-generation college student, I can tell you that's part of the challenge to make sure that you have that accessibility,” said Castillo, who grew up in Santa Ana, California.

“I was guided to my career by outreach programs and being able to explore different fields within biology at Cal Poly. As a first-generation college student, I can tell you that's part of the challenge to make sure that you have that accessibility.”

Rocha Jayasinha, of Morgan Hill, who completed his first year as a Cal Poly math major in 2021-2022, said students were curious about his studies.

“I get to interact with the students one on one,” Rocha Jayasinha. “That’s my favorite part and just giving the students some inspiration. A lot of them are really passionate about math, which is amazing.”

The program was the first of planned, similar future visits by students from the Tulare County school.

“They commented that after having dealt with COVID closures for so long, it was so nice to just be able to go to the ocean, which was unfamiliar to many of them, and to learn about animals that they never even knew existed,” Adams said. 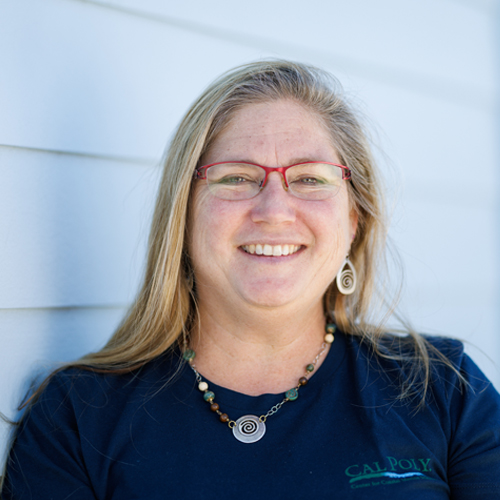 “What I like about this program is that it feels very intentional with a series of steps,” Venkatramani said. “They’ll get to do different activities and realize ‘Hey this is for me’ or maybe they want to go a different direction. We just kept that open line of communication and are as open as we can be.”

Venkatramani, of Cupertino, said ambassadors have fielded questions about diversity at Cal Poly and any questions Lindsay students may have about college in general.

“I usually say there are some days where it gets difficult,” Venkatramani said. “But I know I have a support system that if something goes wrong, I have a very trusted and strong group of friends and faculty and people who are there for me.” 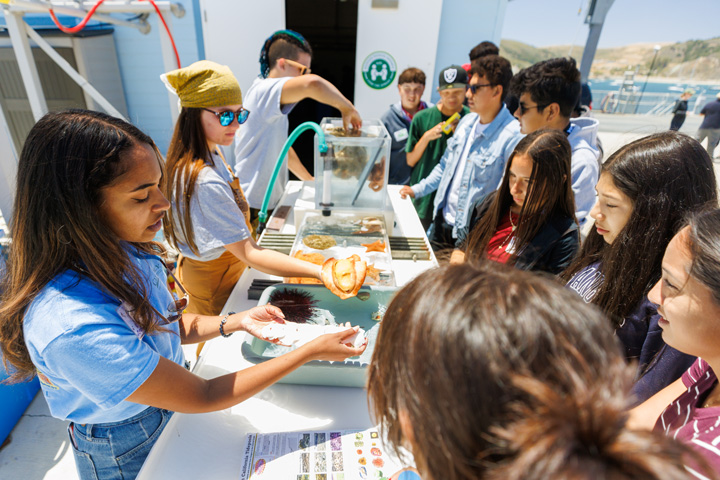 Venkatramani values their Cal Poly education after graduating last fall as a marine science major and statistics minor, as they now prepare to enroll in graduate school in coastal hazards and climate change mitigation strategies.

“I'm here to talk about my experience and explain why it was worth it to me,” Venkatramani said. “At the end of the day, I want the Lindsay learners to be able to make the most informed and best decision.”