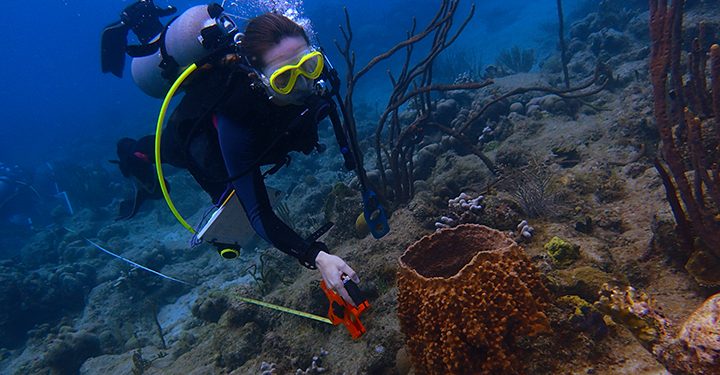 Which parrotfish are the most beneficial to coral? Biology graduate student Madelyn Roycroft has won funding from multiple sources to follow these reef fish around and find out.

Find out who’s helping the coral ›

From Chalk to Chimes

What do millennials want in a wedding planning service? Liberal studies major Ashley Tovar thinks she has the answer. 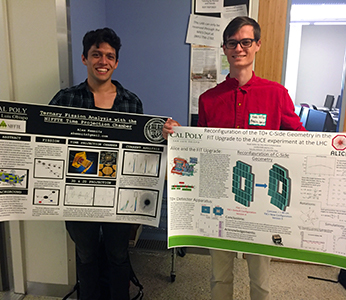 Read more about the award-winning students ›

Dean Bailey received the INSIGHT Into Diversity Giving Back Award for going above and beyond to contribute to Cal Poly and the local community.

Made in San Luis Obispo

The world’s leading particle physicists will soon be using a new particle detector built by Cal Poly physics students on campus. Students will install the detector in 2019.

Dean Bailey takes a look at what's on the horizon for student-faculty research. Here's a hint: an important project will take a big step forward in June.

College of Science and Mathematics faculty members have covered a wide range of academic ground, from plant phenology to polymers to particle clouds. Emily Taylor, pictured at left, published studies on rattlesnakes and lizards.

Cal Poly has been named a 2017 best-value college by Kiplinger’s Personal Finance, placing 21st in the nation and fourth in the state among public universities and colleges on the magazine’s annual ranking.

SLO One of Five Most Beautiful College Towns in the Nation

Travelers Today names San Luis Obispo one of the five most beautiful college towns in the nation, saying “the amount of activities and excursions in the area are enough to make any student stay after college.”

Read the article in Travelers Today ›

Join Dean Bailey as he performs Grand Marshal honors at the Poly Royal Parade, watch the rodeo in its new home in Spanos Stadium, and get reacquainted with San Luis Obispo.

Fran Bagenal, one of the team leaders on NASA’s New Horizons mission to Pluto and Juno mission to Jupiter, will unpack what scientists have learned from these missions to the largest and smaller worlds in the solar system.

Read more about the exploration forum ›