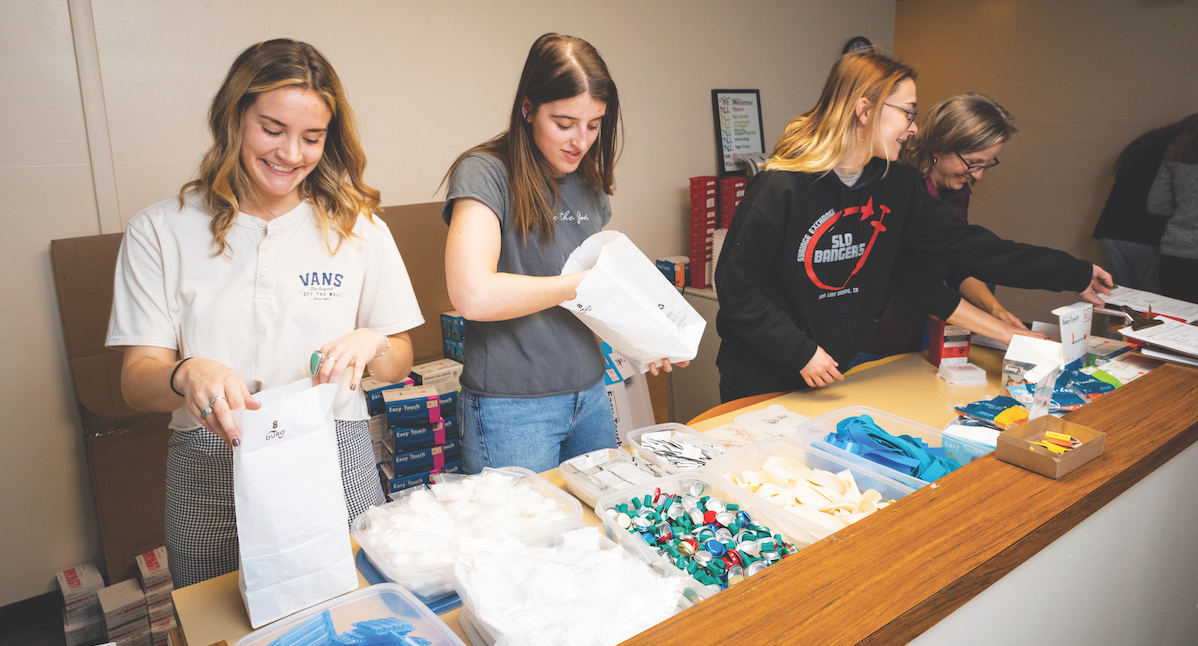 Nick Tod came to Cal Poly wanting to be a doctor. He knew how challenging the path would be. But he couldn’t have guessed that one service learning class would change the way he thought about medicine and be a key to his future success.

As an aspiring medical school student, Tod wanted to get involved in a research project related to public health to round out his applications. During his junior year he signed up for Bio 301 Service Learning in the Health Professions, taught by Professor Candace Winstead and pre-health advisor Meghan Farrier-Nolan. He was placed as a volunteer at the SLO Bangers Syringe Exchange and Overdose Prevention Program.

“I had so little knowledge going in about people that suffered with addiction and the underlying causes behind it,” Tod said. “How underserved they were, treatments they needed that they weren’t getting, and mostly how stigmatized people who inject drugs are.” 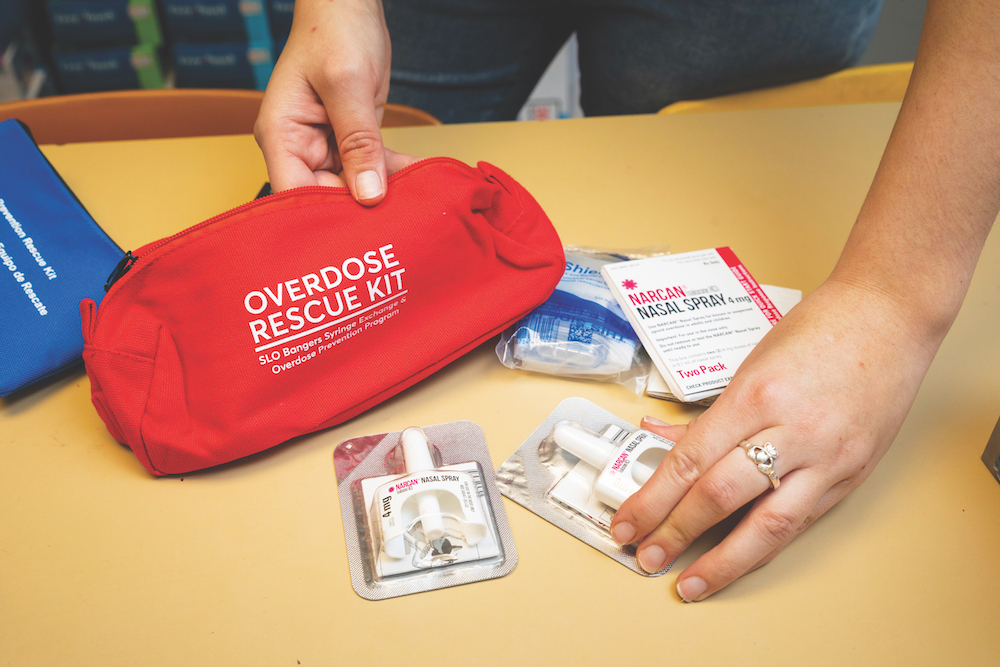 SLO Bangers aims to reduce the spread of HIV and hepatitis C among people who inject drugs, an approach known as harm reduction. Participants come to the exchange with used syringes, which could transmit disease, and pick up sterile syringes and other supplies to prevent spread of infectious disease, such as alcohol wipes and sterile saline. They also offered training in overdose prevention, access to drug treatment, HCV and HIV screening tests and other medical and mental health services.

“People come from work in their work clothes, young people, old people, moms coming in for their kids. It’s a lot of different kinds of people,” said Winstead, who specializes in infectious diseases.

For more than a decade, Winstead has been in charge of evaluating the effectiveness of the exchange program and writing grants to help maintain funding. Each year, SLO Bangers has taken in and disposed of more syringes than they’ve given out. This means that the number of used syringes potentially discarded unsafely in the community is decreasing.

THAT HUMAN INTERACTION AND LEARNING FROM PEOPLE WHO HAVE ACTUALLY BEEN THROUGH IT—YOU GET SO MUCH MORE OUT OF THAT.

Student volunteers help with the data collection as they distribute supplies to participants and with data analysis later back on campus and have presented their data at national and international conferences. Students also have the opportunity to interact with participants, a meaningful experience for Tod.

On a recent night at the exchange, biology student Lucy Passaglia collected check-in sheets after participants disposed of their used syringes in a large sharps container. As she handed out sterile syringes and supplies, she chatted comfortably with those in line.

“I’m here to make sure people are getting what they need,” Passaglia said. “Our participants do wonderful things for their communities. I think it’s remarkable that people are willing to carry naloxone in order to save lives. ”

Student volunteers provide much of the people power needed to keep the small non-profit running.

I LIKE TO THINK I'M GOING TO BE A MUCH BETTER DOCTOR BECAUSE OF THE EXPERIENCES I HAD.

“The students and alumni have been instrumental in the success and expansion of our program,” said Lois Petty, the site director for SLO Bangers. “With their help we have been able to provide overdose prevention and naloxone education in the county jail. As time goes on you can see them realize the impact that small programs and individuals can have on one person and a community as a whole.”

Tod is now in his first year of medical school at Idaho College of Osteopathic Medicine in Meridian, outside of Boise. His experience at the syringe exchange played a big role during the application process, showing interviewers that he had a passion for public health and the ability to commit and follow through.

The most lasting impact, though, will be on Tod’s future patients.

“I like to think I’m going to be a much better doctor because of the experiences I had,” he said. “Personalized medicine gets talked about a lot in the medical field but doesn’t get executed very well. The time I spent sitting down with participants and talking to them is really going to help a lot with my patient interaction. I can work with patients to find what actually helps them best.

“Hopefully I was able to help the participants out, but they definitely helped me out a lot.”

Read more about Healthy Communities in An Exchange of Respect