Home : 2022: Fall Issue : What is the Black Education Experience?

What is the Black Education Experience? 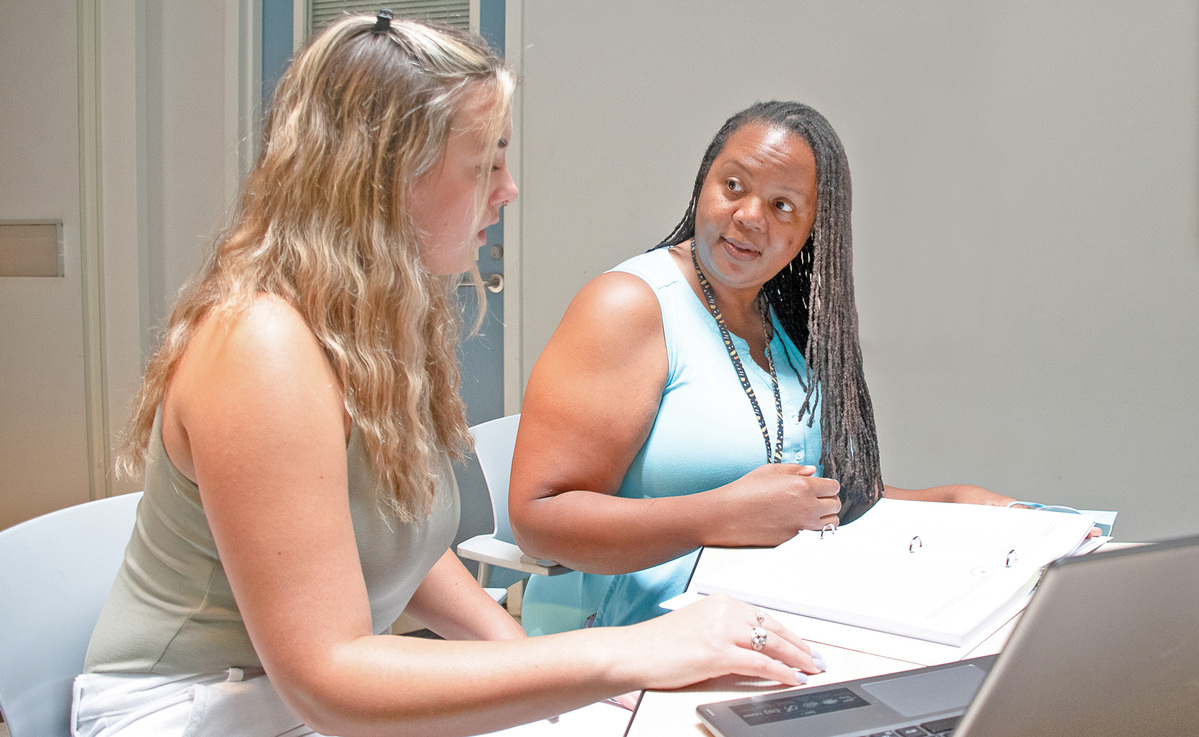 Perceptions about race and intelligence can be formed early on in a child’s life, and Cal Poly liberal studies Professor Amanda Frye wants to better understand the question: “Who gets to decide who gets to be smart?”

Frye is exploring how the lingering effects of eugenics relate to teaching education and how it impacts students.

Eugenics, or race science, is the theory or belief system in a racialized, social hierarchy and notions of superiority and inferiority, which played a significant role in late 19th century and mid-20th century education that aligned with school segregation and stereotypes about intelligence.

Frye and her team of two undergraduate student researchers are reviewing textbooks commonly assigned to liberal studies and credential program students in the California State University system, the largest producer of K-12 teachers in the country.

“Emergent patterns in the textbooks speak to the confirmation or challenge of teachers' beliefs about academic potential across these different domains of identity,” Frye said. “What teachers believe about a student’s potential influences their actions.”

They’re also examining how references to English as a second language, immigration status and disability are presented. 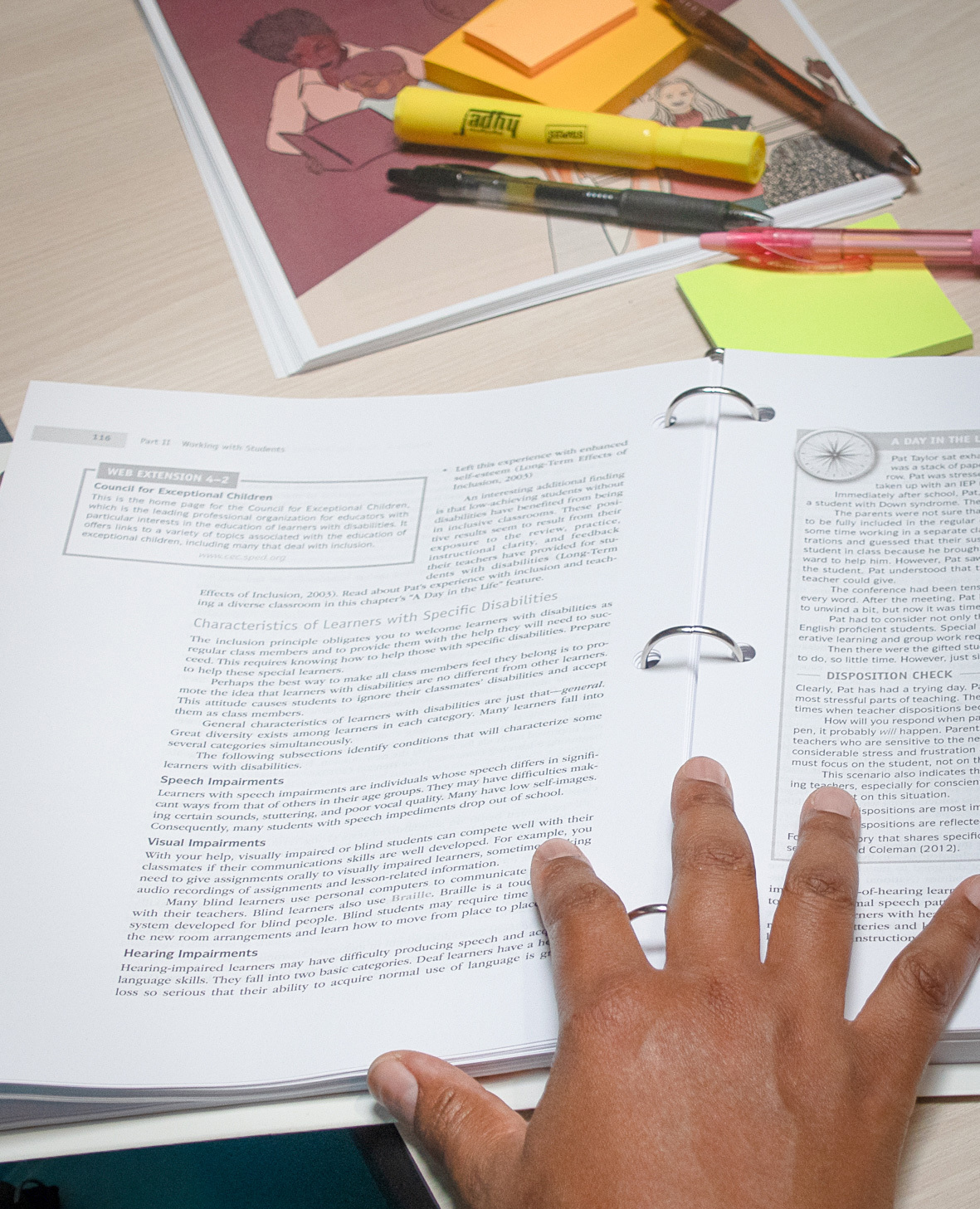 “What I’ve seen so far in the textbook reviews is the use of the word ‘urban’ to represent people of color and people from lower income neighborhoods, and it’s usually used in a very negative way, as if students are not as able and it’s harder to teach there,” said Kaya Johnston, a liberal studies major and one of two undergraduate student researchers on Frye’s team.

Conversely, “gifted” and “talented” can be associated with wealthy and white students, Johnston said.

This Frost-funded research formally began in summer 2022 with a goal of helping teachers better realize the responsibility and conduct of shaping human development. Frye recalled an unsettling conversation at a fundraiser when she worked previously in the nonprofit sector. She was talking with a man about a teen center that had many students of color.

“Our kids were going on to do amazing things,” Frye said. “I made the comment that a student was interested in astrophysics and biomedical engineering, and this guy literally laughed when I talked about imagining the future these kids could have. He said, ‘I don’t know about all that.’”

Frye perceived him to be supportive of the organization’s mission, but it was clear that his vision for the students’ potential was limited. “Our kids were going on to do amazing things,” Frye said. “I made the comment that a student was interested in astrophysics and biomedical engineering, and this guy literally laughed when I talked about imagining the future these kids could have. He said, ‘I don’t know about all that.’”

“I wondered, ‘What’s stopping you from seeing our kids as potential innovators and academic and intellectual leaders?’” Frye said. “The question of ‘Who gets to decide who gets to be smart?’ really brought me out of nonprofit work and back into academia.” 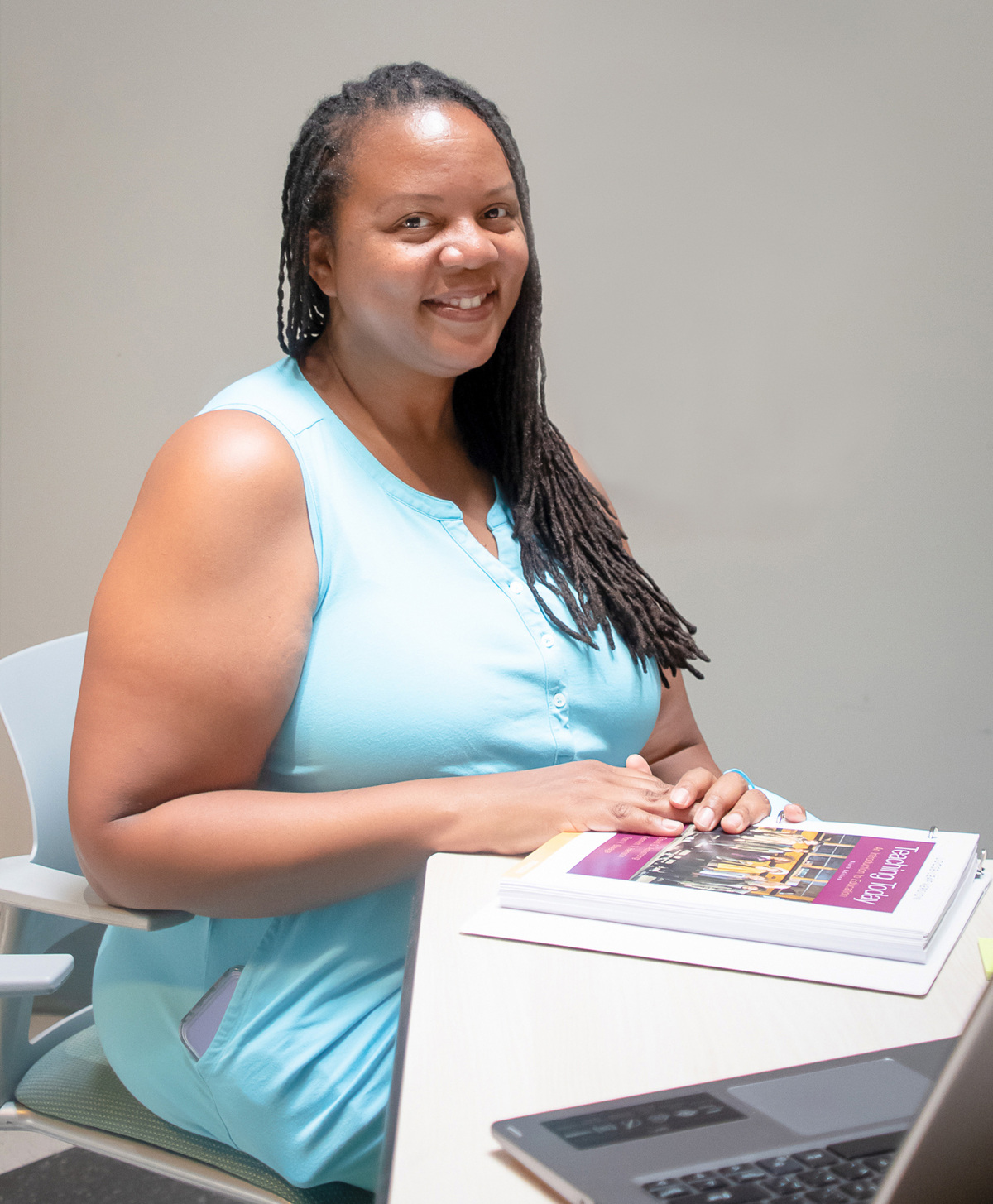 “The question of ‘Who gets to decide who gets to be smart?’ really brought me out of nonprofit work and back into academia.”

Perceptions of academic potential have carried over from the 1950s and 1960s, when biology textbooks widely used in the United States carried ideas about race and intelligence being inherited, Frye said.

Growing up in the 1970s and 1980s, Frye recalls teachers being “continually surprised by me and kids like me demonstrating our excellence and intelligence.”

Frye went on to study at Harvard University, where she earned a B.S. degree in Russian and Soviet studies in 1991 and master's degrees in human development and psychology in 1994 and in urban education/sociology of education in 2012.

She earned her doctorate from Stanford University in sociology of education and race, inequality and language education in 2018.Frye said that pedagogical studies distinguish between a “fixed mindset” of intelligence (the idea that a student just isn’t good at math, for example) versus a “growth mindset” that assesses learning challenges not as critiques of character but as an “opportunity to feel your brain growing."

The difference can mean a student “studying really hard for a test because they know my teacher thinks I can make it over this bar, or I’m not going to bother with it because I’m clearly just going to get a D all over again,” she said.

Frye is not aware of any journal papers that take on her research topic, thus opening the door to contributions of new insights and to advance change.

“This project really stood out to me because I took one of Dr. Frye's classes before and she's just amazing,” Johnston said. “I hope schools will notice this and steer their syllabi away from using these texts and maybe even pull different articles from different authors and not necessarily push this. These texts are obviously problematic and reinforcing stereotypes.”