Three Cal Poly College of Science and Mathematics faculty received honors this year for outstanding performance as teachers and scholars.

The recognition for Rajakaruna marks the first time in Cal Poly's history that a faculty member earned two universitywide awards in the same year. The awards are determined by Academic Senate committees.

We’re very proud of their commitment to robust Learn by Doing opportunities and top-notch instruction and research.

Dean Wendt, Dean of the College of Science and Mathematics

“These achievements are exemplary of excellent work and drive to continue to improve, connect and contribute,” said Dean Wendt, dean of the College of Science and Mathematics. “We’re very proud of their commitment to robust Learn by Doing opportunities and top-notch instruction and research.” 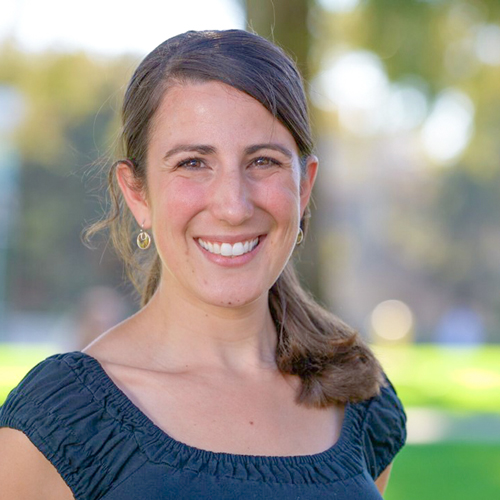 Ventura’s research and expertise focuses on early childhood nutrition, family interactions and obesity prevention. Her work aims to understand how early experiences can affect eating behaviors, dietary patterns and weight status throughout a person’s life.
“I really enjoy contributing to the science that can help parents and families,” Ventura said.

Many undergraduates serve as her research assistants, providing both the students and Ventura with valuable experience.
“Students get a really robust research experience and learn state-of-the-art methods for understanding infant behavior, family interactions and early health outcomes,” Ventura said. “And I personally have really appreciated all I’ve learned about early development and how to raise children, which has immensely benefited me as both a mother and mentor to emerging adults.”
Ventura has authored over 60 scientific publications and two books and works closely with the federally funded Special Supplemental Nutrition Program for Women, Infants and Children (WIC).

Her recently published academic book, "Promoting Responsive Feeding During Breastfeeding, Bottle-Feeding, and the Introduction to Solid Foods," was released in August.

“Fortunately, the field of infant feeding is receiving a lot of attention right now because we haven’t had formal dietary guidelines for this population up until this current iteration of the dietary guidelines,” Ventura said. “Early childhood nutrition is a real public health priority, which makes it an exciting time to be conducting research with young children and their families.” 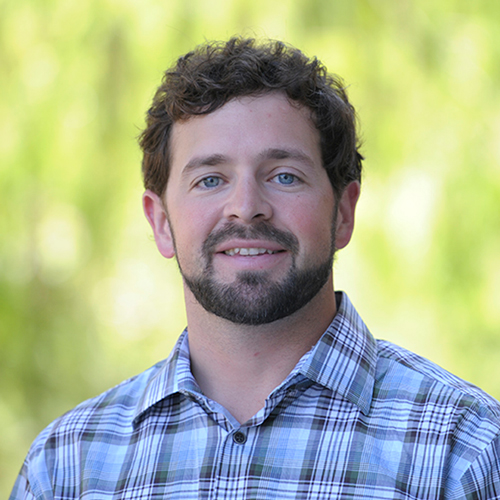 A chemistry professor with 15 years of experience at Cal Poly, Costanzo won the Distinguished Teaching Award.

Costanzo teaches classes such as Organic Chemistry and Chemical and Biological Warfare, an upper-division elective that is popular among students.

Costanzo has grown the most in his instruction over the past five to six years, he said.

“As you move up the ranks of faculty, you start evaluating your peers and that, to me, has been the most valuable component,” Costanzo said. “Observing peers has helped offer ideas and led me to try different techniques, which has been super helpful.”

Being forced into remote teaching and learning due to COVID-19 precautions also was an impetus to improve.

“It forces you to think about your strategies, methods of engagement and classroom techniques, and I think that also really played a big role,” he said.

Costanzo’s research lab has received direct contributions from more than 105 students. Their efforts have resulted in 21 peer-reviewed publications, two patents and more than 130 presentations.

As of summer 2022, Costanzo’s research to develop a new eco-friendly glue in collaboration with the East Coast company Geisys had involved seven student researchers with plans for ongoing student involvement. The patent-pending novel adhesive is launching as a commercial product.

“Students are learning about how polymer science can be adapted to make more eco-friendly manufacturing approaches,” Costanzo said. “This develops their technical abilities as well as their critical-thinking and problem-solving skills.” 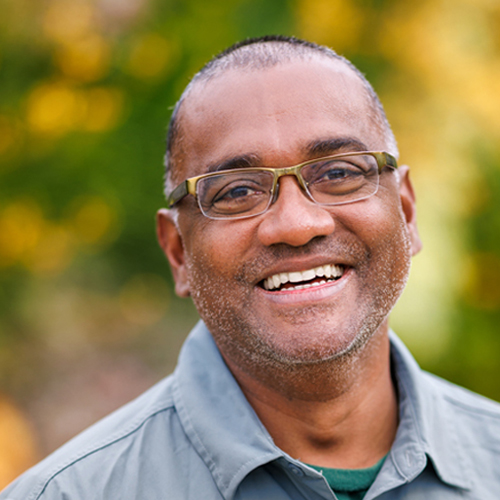 A biological sciences professor who specializes in botany, Rajakaruna dedicates himself to educating students, making connections and encouraging exploration.

Rajakaruna has enjoyed the mixture of teaching, research and mentoring since he joined Cal Poly in 2017.

“The research component is very student-driven and student involved,” Rajakaruna said. “I don’t necessarily feel
like there is a line where teaching ends and research begins. It’s a continuum.”

Rajakaruna specializes in the study of plants and lichens found on serpentine and other harsh soils and provides students with research opportunities in California and beyond.

“Students who enroll in my classes often become my research students, and we publish together, we go to conferences together and they get to know my collaborators from across the world,” Rajakaruna said. “It’s a really cool network that we have been building over the years.”

In 2022-23, he will further his research on serpentine ecology at North-West University in South Africa, thanks to a Fulbright U.S. Scholar Award. At North-West, he’ll collaborate with students and scientists and give seminars throughout South Africa.

Fourth-year biological sciences student T.J. Samojedny will join Rajakaruna at the end of the year to help with the research taking place in South Africa.

“I have really enjoyed the opportunities that I have had to work with students both in and outside the classroom at Cal Poly and connecting my current students with former students at other universities where I’ve worked previously, especially when their interests overlap,” Rajakaruna said. “They may be 10 or so years apart, but they often strike up really exciting and productive partnerships along the way.”

Rajakaruna, who won the university’s Outstanding Faculty Advisor Award in 2019-20, said that Cal Poly is really good at recognizing service.

“I feel like people are paying close attention to what’s going on around campus,” said Rajakaruna. “It’s very humbling and supportive to be appreciated in this way.”