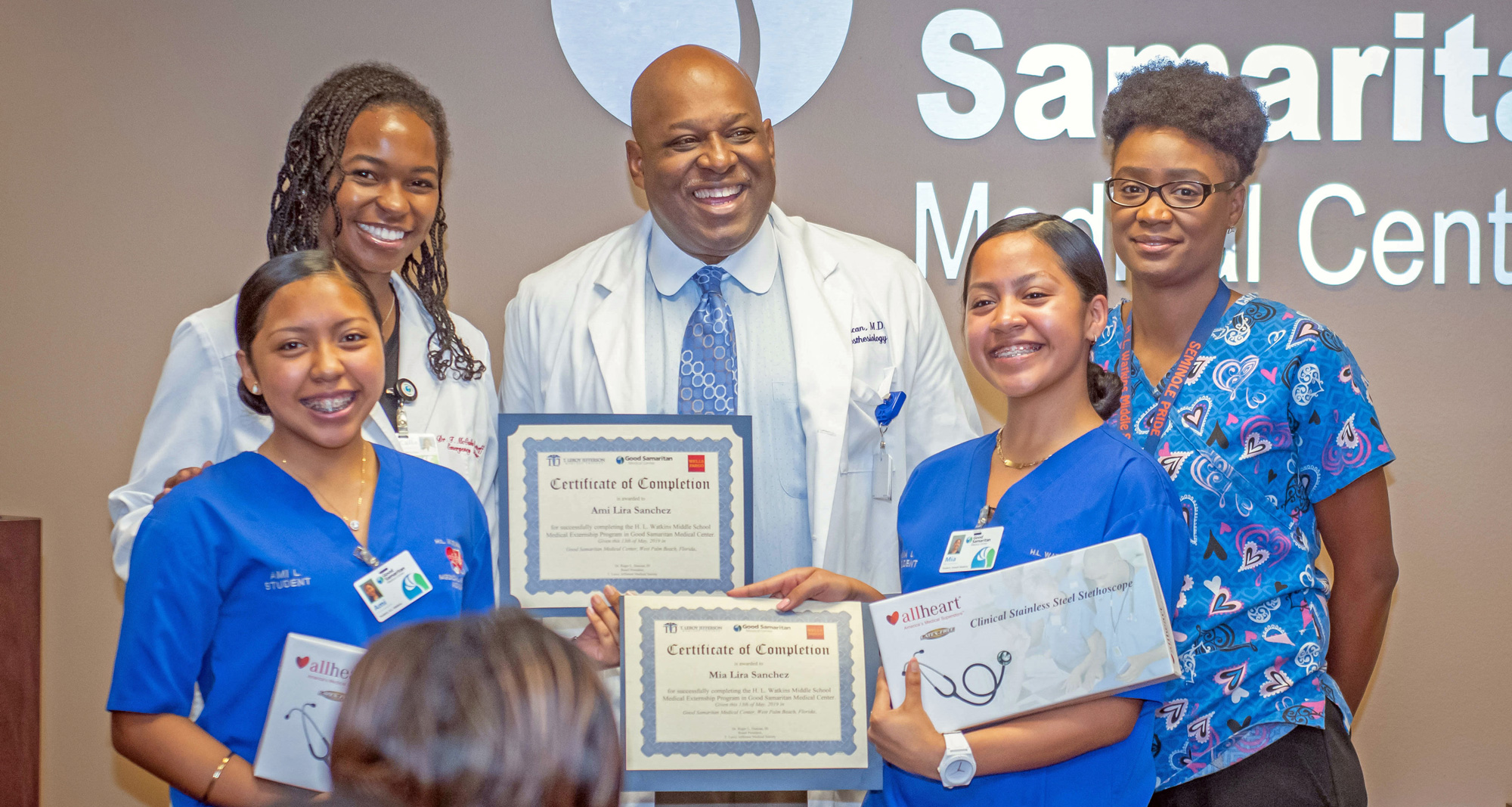 Biology graduate is a beacon to a better way.

As a biological sciences student at Cal Poly in the early 1980s, Roger Duncan enjoyed an invigorating academic experience bolstered by professors who really “filled my tank and buoyed my confidence to be able to launch for the stars.”

Now, in similar fashion, he enjoys giving back so others can fulfill their dreams.

Duncan (Biological Sciences, ’84) is vice chief of anesthesiology at Palm West Hospital in Palm Beach County, Florida. His resume is highlighted by significant career accomplishments and leadership in youth and community service.

A champion of education, medicine, diversity and inclusion, and equitable healthcare, Duncan has been named Cal Poly’s College of Science and Mathematics Honored Alumnus of 2022-23.

“I’m so appreciative of the Cal Poly professors who were so good to me and really made my college experience a hallmark of who I am,” Duncan said. “I certainly want to be an ambassador and tell my story, and Cal Poly planted those seeds for inspiring others. I’m so happy to represent Cal Poly in any way that I can and let others know about what a wonderful foundation it provides that makes you competitive everywhere.”

As a leader in his local medical community and beyond, Duncan mentors underprivileged children and advocates for health care by raising hundreds of thousands of dollars in grant funds to best provide access to medical resources.

And his passion for inspiring historically underserved communities to attend college and pursue careers in medicine has been a point of pride for decades. 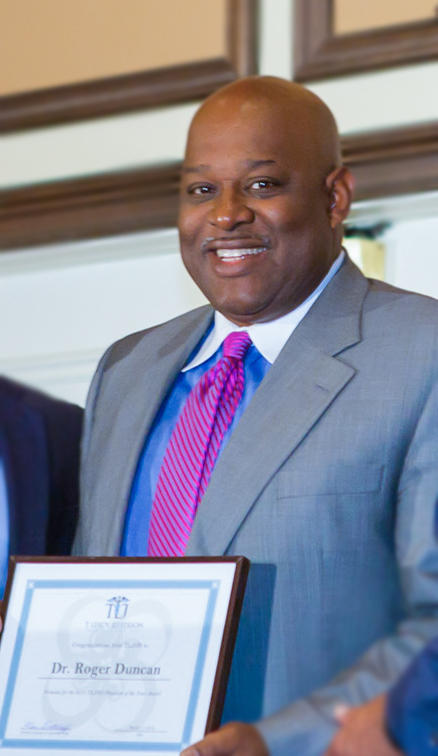 Looking back at his time at Cal Poly, he recalls his advisor, biological sciences Professor Tom Richards, offering support that helped instill a sense of inspiration and self-belief.

“He filled me with confidence and pointed me in the right direction and just revved me up,” Duncan said. “He knew how to dust you off when you stumbled and had this big-time belief that great things can happen. I’m so appreciative.”

“Across from me in Tenaya Hall was a super bright guy, Greg Chamitoff, who went on to become a NASA astronaut; other classmates went on to open their own businesses or become electrical engineers,” Duncan said. “It was just a great environment.”

Duncan earned a degree from Yale Medical School, where he also performed National Institutes of Health-funded research. He worked with a Nobel Prize winner at the Salk Institute before launching a career in which he sought to advance change for the medically neglected and socio-economically disadvantaged groups.

In Florida, Duncan gives back by dedicating time for holiday events for homeless children, hosts medical career symposiums for high school students and gives lectures to schoolchildren about the importance of science and math. And he founded programs that offer scholarships, symposiums, learning experiences and field trips.

As part of an externship program, eighth graders visit Florida hospitals on a monthly basis, learning professional techniques, taking part in mock drills and familiarizing themselves with instruments such as the Da Vinci robot surgical devices.

He now serves on medical and professional boards, such as the Florida Medical Association Board of Governors; American Heart Association; the T. Leroy Jefferson Medical Society, dedicated to improving health education for underserved populations; and the National Medical Association’s Committee on Medical Education. Duncan spoke before the Committee of Diversity and Inclusion at the American Society of Anesthesiologists in 2017.

When he was growing up, his family was among the first Black families to integrate an area of San Diego, facing discriminatory threats such as cross burnings in the yard and rocks thrown through windows of their home. His parents were trailblazing civil rights activists who impressed upon him the values he holds to this day.

We had to give back and keep the door open for others, pull others forward and be a beacon to a better way of existence.

“They instilled in us that we had an obligation to take advantage of these opportunities, and not just sit there and file our nails because we lived in a great neighborhood. We had to give back and keep the door open for others, pull others forward and be a beacon to a better way of existence,” he said.

Duncan, who excelled in high school science classes, sensed that he would enjoy studying biology in college but was still finding his way. His parents suggested other paths, including a career in law.

Arriving at Cal Poly in 1980, he took classes in comparative zoology, botany and entomology — among other science subjects that he found fascinating.

“It really made me know that science was the perfect career for me,” Duncan said.
He also fondly recalls participating in student clubs, such as TriBeta, the Biological Honor Society and the Society of Black Engineers, where he served as president.

He recalls club field trips to medical schools across the state and riding his bike to pick up snacks and drinks, bags spilling over with goodies for events.

Duncan has made donations to Cal Poly over the years and has returned to the university with his family, to show them the place that helped launch his journey. He said he’d be proud if his children attended Cal Poly one day.

“I’m really excited to have been asked to become even closer and fortify the relationship of where I started some 40 years ago,” Duncan said.

Learn more about the Committee for Inclusion and Equity in the College of Science and Mathematics.