One of the most important questions about climate change now is how best to adapt. Statistics Professor Giri Gopalan and Frost Research Fellow Max Barshay are helping to answer that question by modeling how glaciers are losing mass.

“It is expected that a major source of sea-level rise in years to come will be from the melting of glaciers, including large ice sheets of Antarctica and Greenland, as well as mountain glaciers, such as those in Iceland,” Gopalan said.

Predicting the rate of loss will help countries understand how much sea level rise to expect and when to expect it.

WHAT WAS SURPRISING TO ME WAS THAT THE MORE I STRUGGLED, THE MORE I LEARNED.

For Barshay, the research project was a jump into the unknown. When he started, he knew very little about Bayesian statistics, which is helpful in making scientific predictions, and had no experience using modern Bayesian statistical software packages, like Stan.

“There were many times this summer when I felt stuck learning new and advanced concepts that I was not exposed to in my undergraduate studies,” said Barshay. “It took a lot of independent work to not only learn the new ideas but to determine which new ideas I had to learn. What was surprising to me was that the more I struggled, the more I learned.”

Gopalan was impressed with the depth and breadth of Barshay’s independent research.

“It was completely Learn by Doing for Max,” Gopalan said. “He learned by actually implementing a complex statistical model in the R language using a software package called Stan, using real data collected by researchers at the University of Iceland. This required him to learn Bayesian statistics mostly on his own, which he picked up on quickly.”

The results of the modeling effort show that the glacier is generally losing mass along its boundary at lower elevations and some of the higher elevations are gaining mass from accumulating snow. Some projections suggest that Langjökull will disappear in about 150 years or so.

Barshay’s work could help scientists better model the process of glacial melting, which has implications for understanding sea- level rise around the globe.

“I was able to use real-world data that was collected by a team at the University of Iceland and perform analysis on it that will hopefully be beneficial to those researchers,” he said. 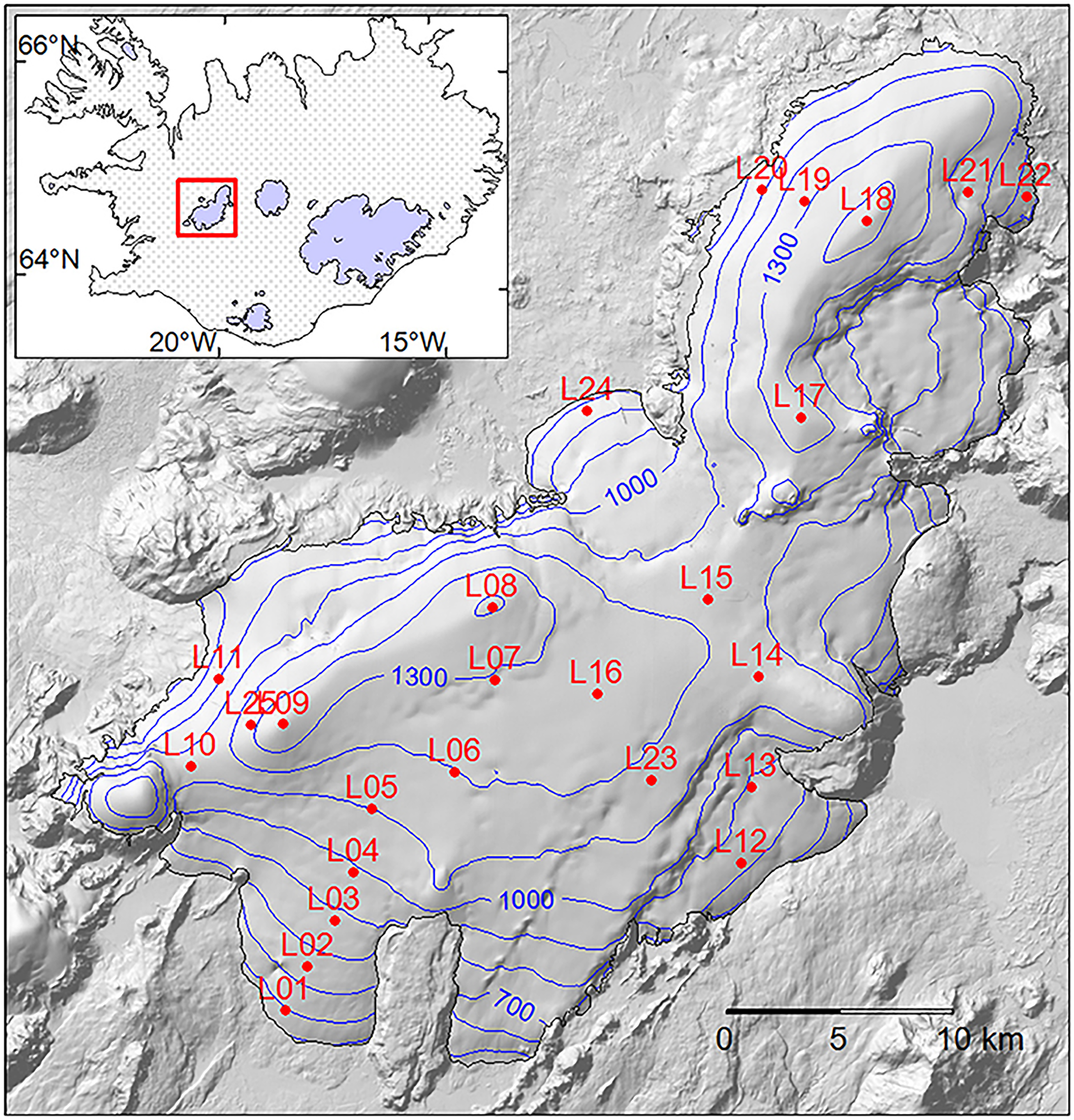 This topographical map shows the elevation of the LANGJÖKULL glacier. The numbered points are the locations where glaciologists took ice samples to measure the glacier's mass twice a year from 1997-2015. The inset shows the location of the LANGJÖKULL glacier in Iceland. The map was originally published in the journal Frontiers in Earth Science in the article Bayesian Inference of Ice Softness and Basal Sliding Parameters at Langjökull.

These graphs are created based on statistical models of the glacier's changing mass. Statisticians use existing data to test their predictive models. When the models produce predictions that match measurements taken in the past, that's a good indication that the models may accurately predict future changes. The color sliding scale in these graphs represents surface mass balance, and the changes between the graphs demonstrate that the glacier lost mass from 1997 to 2015.

Read more about Global Community in Climate Leadership Can Be Learned, Putting Their Education to Use and There's a Lot of Life in This Corpse Flower.